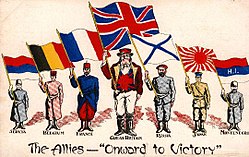 .Nationalism, in the sense in which we use it today, did not exist in India before the 19th century. It may also surprise you to learn that the roots (origins) of this idea do not lie in the Indian history but in the history of Modern Europe. In fact it is possible to talk of Indian nationalism as distinctly different from its European counterpart. In order to know this difference it is important to have an idea of the circumstances under which nationalism took roots in Europe.

In Europe the development of nationalism was the result of the fundamental changes that were taking place in society and economy around the 18lh century. The beginning of the industrial revolution produced goods and materials and created wealth at an unprecedented (unprecedented means like never before) level. This led to the need for the creation of a unified and large market where these goods could be sold. The creation of a large market led to a political integration of villages, districts and provinces into a larger state. In this large and complex market different people were required to perform different roles for which they needed to be trained in different skills. But above all they needed to communicate with each other. This created the need for uniform educational centres with focus on one language. In the pre-modern times majority of the people learnt language and other skills in their local environments which differed from each other. But now, because of the new changes brought about by modern economy, a uniform system of training and schooling came into being. Thus modern English language in England, French in France and German in Germany became the dominant language in those countries.

Nationalism in India developed primarily as a response to the British rule. British rule, as yon know, came to the Indian soil in 1757 with battle of Plassey and gradually established here by defeating the native rulers. As you are aware, the arrival of the British as rulers was resented by many of the native rulers and people also. It was clear that they all wanted to oppose and fight against the British presence in India.