Necessity and Meaning of Planned Development:

When Independence came, India had a slender industrial base. Millions of her rural people suffered under the weight of a traditional agrarian structure. A long period of economic stagnation, against the background of increasing pressure of population, followed by the burdens of the Second World War, had weakened the Indian economy, so the states. There was widespread poverty. The partition of the country had uprooted millions of people and dislocated economic life. Productivity in agriculture and industry stood at a low level. In relation to needs the available domestic savings were altogether meagre. The promise of freedom could only be redeemed if the economic foundations were greatly strengthened. The Constitution established equal rights of citizenship, and these had now to be expressed through rising levels of living and greater opportunities for the bulk of the people. It was essential to rebuild the rural economy, to lay the foundation of industrial and scientific progress, and to expand education and other social services. These called for planning on a national scale, encompassing all aspects of economic and social life, for efforts to mobilise resources, to determine priorities and goals and to create a widespread outlook of change and technological progress. Thus, planned development was the means for securing with the utmost speed possible, a high rate of growth, reconstructing the institutions of economic and social life and harnessing the energies of the people to the tasks of national development. 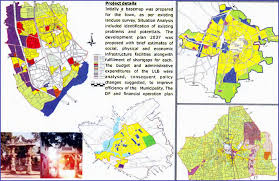 To provide the good life to the four hundred million people of India and more is a vast undertaking, and the achievement of this goal is far off. But no lesser goal can be kept in view, because each present step has to be conditioned by the final objective. Behind the plans that are drawn up is the vision of the future, even as the Indian people had a vision of freedom and independence during the long years of their national struggle, and there is faith and confidence in that future. Fully conscious of existing difficulties the people have also the conviction that these difficulties will be overcome. The experience of the last ten years of planning and the large social and economic changes that have already taken place have brought a conviction that India/State can look forward with assurance to sustained economic progress. Even in this ancient land, for so long governed by tradition, the winds of change are blowing and affecting not only the dweller in the city but also the peasant in his field. At each stage, new conflicts and new challenges arise. They have to be met with courage and confidence. There is an excitement in this changing face of India as the drama of India’s development plans unfolds itself.

The more immediate problem is to combat the curse of poverty, with all the ills that it produces, and it is recognised that this can only be done by social and economic advancement, so as to build up a technologically mature society and a social order which offers equal opportunities to all citizens. This involves basic social and economic changes and the replacing of the old traditional order by a dynamic society. It involves not only the acceptance of the temper and application of science and modern technology, but also far-reaching changes in social customs and institutions. To some extent, recognition of this twofold aspect of change has been present in the Indian mind for generations past. Gradually it has taken more concrete shape and has become the basis for planning.

“The State shall strive to promote the welfare of the people by securing and protecting, as effectively as it may, a social order in which justice, social, economic and political, shall inform all the institutions of national life”.

“The State shall, in particular, direct its policy towards securing—

These general principles were given a more precise direction in December, 1954, when Parliament adopted the ‘socialist pattern of society’ as the objective of social and economic policy. This concept, which embodies the values of socialism and democracy and the approach of planned development, involved no sudden change, and had its roots deep in India’s struggle for freedom.

The leading features of the pattern of development envisaged in the Five Year Plans may be briefly stated. The basic objective is to provide sound foundations for sustained economic growth, for increasing opportunities for gainful employment and improving living standards and working conditions for the masses. In the scheme of development, the first priority necessarily belongs to agriculture; and agricultural production has to be increased to the highest levels feasible. The Five Year Plans provide for a comprehensive and many-sided effort to transform the peasant’s outlook and environment. The growth of agriculture and the development of human resources alike hinge upon the advance made by industry. Not only does industry provide the new tools, but it begins to change the mental outlook of the peasant. There can be no doubt that vast numbers of the peasantry today in India are undergoing this change of outlook as they use new tools and experiment with new methods of agriculture. Even the coming of the bicycle in large numbers to the villages of India is not only a sign of higher standards, but is a symbol of new and changing attitudes. Agriculture and industry must be regarded as integral parts of the same process of development. Through planned development, therefore, the growth of industry has to be speeded and economic progress accelerated. In particular, heavy industries and machine-making industries have to be developed, the public sector expanded and a large and growing cooperative sector built up. The public sector is expected to provide specially for the further development of industries of basic and strategic importance or in the nature of public utility services, other industries being also taken up by Government to the extent necessary. State trading has also to be undertaken on an increasing scale according to the needs of the economy. In brief, in the scheme of development, while making full use of all available agencies, the public sector is expected to growboth absolutely and in comparison and at a faster rate than the private sector.

Gujarat’s development journey is characterized as development oriented, inclusive and participative. Decisions were not taken behind closed doors by select individuals but were taken after consulting all the stakeholders. Optimum use of technology was made to minimize corruption increase the pace of development.

Another special facet of the development of Gujarat is that it is not centered around any one sector. All the three sectors namely agriculture, industries and services made and equal and active contribution towards the growth of Gujarat.

The annual KrishiMahotsavs brought several services and opportunities at the doorstep of the farmers. The farmers received Soil Health Cards that gave them much needed guidance on enhancing their productivity. Special attention was also devoted to animal husbandry.

Industrial development scaled new heights in Gujarat since 2001. In 2003 the biennial Vibrant Gujarat Summits began that drew record investment to the state. At the same time, the land acquisition policy put in place by the Government ensures no injustice is done to the people where the industry is coming up.

NarendraModi devoted special attention towards the healthcare and education sector. Since 2004 the ShalaPraveshotsav and KanyaKelavani Drive are undertaken by every Government official including the Chief Minister went to the villages of Gujarat asking parents to send their children to school. This has received phenomenal results as the school dropout ratios have dropped considerably since the time when NarendraModi took office.

Governance in Gujarat has reached the very last person in the queue. Due to the GaribKalyanMelas, the fruits of development reach the intended beneficiaries without any middlemen. In 2008 the Gujarat Government launched the VanbandhuKalyanYojana, a special package devoted to development of the tribal communities. Today the package is worth Rs. 40,000 crore and has brought smiles on the faces of several people across Gujarat.

Over the years, Gujarat has won several awards from the Central Government, International Bodies, reputed think tanks and the UN.