Literacy level and educational attainment are vital indicators of development in a society. Attainment of universal primary education which was one of the Millennium Development Goals of the United Nations to be achieved by the year 2015 has not been fulfilled by India. Planning Commission also targeted in the The 12th Five Year Plan (2012-2017) aims at an increase in સાક્ષરતા rates to. 100 per cent . Literacy rate and educational development are considered to be key variables a acting demographic indicators like fertility, mortality (especially infant mortality) rate and migration. It greatly contributes in improving quality of life, particularly with regard to life expectancy, infant mortality, learning levels and nutritional levels of children. Higher level of literacy and educational development lead to greater awareness on the one hand and help people in acquiring new skills on the other.

The slower progress made in the reduction of the number of non-literate females during the last decade can be attributed to relatively lower participation rate and higher dropout rate of girls at the primary level of education.

“21A. Right to educaton.-
The State shall provide free and compulsory educaton to all children of the age of six to fourteen years in such manner as the State may, by law, determine.”

Article 45 was consequently substituted to:

Finally, a new clause (k) was introduced in Artcle 51A, defning Fundamental Dutes of the citzens, as below:
“(k) who is a parent or guardian to provide opportunities for education to his child or, as the case may be, ward between the age of six and fourteen years.” 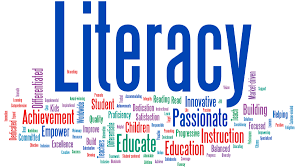 In India, like any other place, illiteracy is a function of poverty, with the concentration of illiterate being found in rural areas. Certain religious minorities and scheduled castes and tribes have much higher levels of adult illiteracy, again especially among women. Illiterate adults struggle with unemployment, or are relegated to degrading jobs, oppressed by employers and moneylenders, thus being further sucked into the vortex of poverty and exploitation.

• Modifed in 2009-10 to comply with the provisions of the RTE Act making “free and compulsory educaton” to children of 6-14 years age group, a Fundamen- tal Right
• Implemented in partnership with State Governments to cover the entre coun- try and address the needs of 192 million children in 1.1 million habitatons
• Seeks to:


“Saakshar Bharat” is the flagship adult education program of the Government that was started in 2009. It is the successor to the National Literacy Mission which was started in 1988, pursuant to adoption of the NEP 1986. The program is being implemented in the rural areas of 410 Districts of India with below 50% rate of literacy of women, according to the 2001 census, and Districts affected by left wing extremism. The target is to make literate 70 million adults (15-35 years). The principal aims are to impart functional literacy and numeracy to non-literates, helping such persons acquire equivalency to formal education, providing skill development training to neo-literates and also making available opportunities for their continuing education.