ð  The only countries ranked higher than India on the list are Greece, Italy, Portugal, and Ireland.

ð  All these countries, along with Spain, are commonly referred to as PIIGS, and have been victims of sovereign debt crises in recent years.

ð   At 9.85 percent, India’s NPA ratio is over 400 basis points higher. Spain is the only PIIGS country ranked lower than India on the list, with an NPA ratio of 5.28 percent. 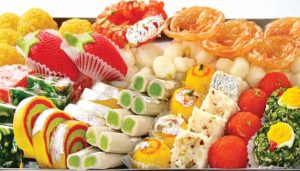