Food security can be described as a phenomenon relating to individuals and can be defined by nutritional status of the individual household member that is the ultimate focus, and the risk of that adequate status not being achieved or becoming undermined.

Food Security can defined as

Food security exists when all people, at all times, have physical, social and economic access to sufficient, safe and nutritious food which meets their dietary needs and food preferences for an active and healthy life. Household food security is the application of this concept to the family level, with individuals within households as the focus of concern.

Food insecurity exists when people do not have adequate physical, social or economic access to food as defined above.

Food security includes at a minimum:

Food security is not guaranteed merely by adequate food grain production or even by food availability. It is more fundamentally linked to effective access to food, both physically and economically. Broadly speaking, livelihood security and livelihood access are important determinants of food access. According to observation made by M.S. Swaminathan Research Foundation and World Food Progamme 2001, “If people have access to livelihood, they would in general have access to food and nutrition. 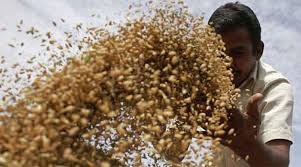 The aim of the consultation was to suggest strategies to improve the nutrition level of women and children in Gujarat. According to NGO Centre for Health Education, Training and Nutrition Awareness (CHETNA) , despite economic development and progress in several key health and mortality indicators, the food insecurity levels range from 0.218 to 0.89 in the country.

Gujarat shows very poor records in the food security. And the state government is also keen on working to solve this problem, and they decided to have the consultation with grass root-level organisations, experts and government officials to overcome the problems of food insecurity. It was important that all the government departments and organisations brainstormed together.

Gujarat is on the vibrant path of growth and development. Gujarat has provided free medical aid to the poor, despite that Gujarat was very poor in terms of food security. Gujarat has an under-nutrition rate of 47% despite the economic growth in the state.

Gujarat has prioritised an agenda to work towards reducing under-nutrition, particularly among adolescents, women and children through the Gujarat Nutrition Mission. The Swarnim Gujarat Goals for development of the state include ensuring that every pregnant woman, nursing mother and child below the age of two years receives nutrition for optimum health and development.

Government has passed the National Food Security Act, 2013  with the objective to provide for food and nutritional security in human by ensuring access to adequate quantity of quality food at affordable prices to people to live a life with dignity. The Act provides for coverage of up to 75% of the rural population and up to 50% of the urban population for receiving subsidized food grains under Targeted Public Distribution System (TPDS), thus covering about two-thirds of the population. The eligible persons will be entitled to receive 5 Kgs of food grains per person per month at subsidized prices of Rs. 3/2/1 per Kg for rice/wheat/coarse grains. The existing Antyodaya Anna Yojana (AAY) households, which constitute the poorest of the poor, will continue to receive 35 Kgs of food grains per household per month.

The Act also has a special focus on the nutritional support to women and children. Besides meal to pregnant women and lactating mothers during pregnancy and six months after the child birth, such women will also be entitled to receive maternity benefit of not less than Rs. 6,000.

Children up to 14 years of age will be entitled to nutritious meals as per the prescribed nutritional standards.

In case of non-supply of entitled food grains or meals, the beneficiaries will receive food security allowance.

The Act also has provisions for setting up of grievance redressal mechanism at the District and State levels. Separate provisions have also been made in the Act for ensuring transparency and accountability.

Gujarat government has implemented the much needed Food Security Act in 2016 after almost 3 years of passing the act at the centre. Gujarat government implemented the national food security programme ‘Maa Annapurna Yojna’ after a delay of almost three years, which will cover 3.82 crore people who will receive good quality wheat and rice at Rs. 2 and Rs. 3 respectively in the State.

The programme covers almost 75% of the State’s population is covered with this subsidized food scheme. Now, under the Maa Annapurna Yojna, 3.82 crore people of Gujarat will benefit. Each of them will receive rice at Rs. 3 per kg and wheat at Rs. 2 per kg.

Criteria for inclusion of various families

According to the programme, if any family felt it deserved to be included in the scheme, they could get their criteria verified from the zonal offices concerned and apply for the seal of the mamlatdar/taluka development officer in villages and of the chief officer in towns in their ration card. The list of priority families could be obtained at fair price shops, village and taluka panchayat offices as well as on the government website.

The government is open to add more families if they are found deserving. There is also provision of  providing subsidized food grain in all scarcity-hit areas in the State. So it will cover the hazard prone areas of the state.

Many poor citizens, including widows and farmers who lost their crops, are now covered under the scheme. They no longer have to worry about feeding their families.

The Food Security Act which is termed as a ‘game changer’ by the UPA-II Government,  the State Governments need to draw their own parameters to identify the beneficiaries. The Act, which made food a legal right, got Presidential assent in September 2013, and gave one year to the States for its implementation.

Biggest challenge of the country is to feed over 1.25 billion people. Despite economic growth and self-sufficiency in food grains production, high levels of poverty, food insecurity and malnutrition persist in India . The National Food Security Act (NFSA) passed in 2013 is a milestone in the history of India’s fight against hunger and malnutrition, as it claims to feed more than 800 million Indians with highly subsidized food grains. There is economy wide impact of NFSA on the Indian economy. It estimates  the labor requirement, GDP growth, and indirect impact on the other sector of the economy.