Urbanization in India has occurred more slowly than in other developing countries and the proportion of the population in urban areas has been only 28 per cent based on the 2001 census. The pace of urbanization is now set to accelerate as the country sets to a more rapid growth. Economic reform has already unleashed investment and growth offering its citizens rich opportunities. Surging growth and employment in cities will prove a powerful magnet. 300 million Indians currently live in towns and cities. Within 20-25 years, another 300 million people will get added to Indian towns and cities. This urban expansion will happen at a speed quite unlike anything that India has seen before. It took nearly forty years for India’s urban population to rise by 230 million. It could take only half the time to add the next 250 million. If not well managed, this inevitable increase in India’s urban population will place enormous stress on the system.

a) Statutory towns : All places with a municipality, corporation, Cantonment board or notified town area committee, etc. so declared by state law.
b) Census towns : Places which satisfy following criteria :-

i) a minimum population of 5000 ;
ii) atleast 75% of male working population engaged in non agricultural pursuits; and
iii) a density of population of atleast 400 persons per sq km
Dimensions of urbanization :-

–  urbanism as a way of life 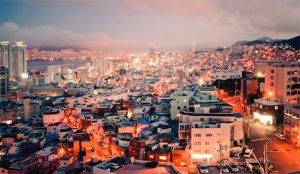