Delivering public services in a time bound, decentralised and citizen friendly manner has been one of the major challenges facing the administration wing of the government.Right to Service legislation in India comprises statutory laws which guarantee time-bound delivery of various public services rendered to citizens and provides mechanism for punishing the errant public servant if they are is deficient in providing the stipulated services. Hence, Right to Service legislation ensures delivery of time bound services to the public. If the concerned officer fails to provide the service in time, he will have to pay a fine. Thus, it is aimed to reduce corruption among the government officials and to increase transparency and public accountability.

Right to Service legislation are meant to reduce corruption among the government officials and to increase transparency and public accountability. Madhya Pradesh became the first state in India to enact Right to Service Act on 18 August 2010 and Bihar was the second to enact this bill on 25 July 2011. Several other states like Bihar, Delhi, Punjab, Rajasthan, HimachalPradesh, Kerala, Uttarakhand, Haryana, Uttar Pradesh, Odisha and Jharkhand have introduced similar legislation for effectuating the right to service to the citizen.

Our development as a nation is plagued by low literacy levels, poor health, high population, extreme poverty and corruption. In 2014 India ranked 85th out of 175 countries in Transparency International’s Corruption Perceptions Index11 indicating there is a long way to go. 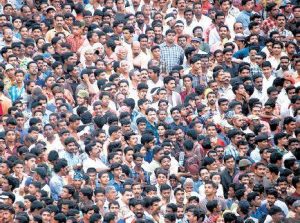 Centralised Public Grievance Redress and Monitoring System (CPGRAMS) In June 2007, the DARPG put in place a 24×7 online portal that links 89 ministries/departments/organisations as of now. This web-enabled solution called the CPGRAMS, sought to streamline and integrate the whole process. The CPGRAMS helps in filing, transferring, tracking and monitoring of complaints from both sides—the citizen, and the department-incharge—from any place and at any time.

The Right of Citizens for Time Bound Delivery of Goods and Services and Redressal of their Grievances Bill, 2011

The Bill was introduced in the Lok Sabha on December 20, 2011. The Bill was referred to the Department Related Standing Committee on Personnel, Public Grievances, Law and Justice.

19 States have Notified/Enacted the bill till yet.

An appeal can be made from the order of the First Appellate Authority to the Second Appellate Authority, who can either accept or reject the application, by making a written order stating the reasons for the order and intimate the same to the applicant, and can order the public servant to provide the service to the applicant or can impose penalty on the designated officer for deficiency of service without any reasonable cause, which can range from Rs. 500 to Rs. 5000 or may recommend disciplinary proceedings. The applicant may be compensated out of the penalty imposed on the officer. The appellate authorities has been granted certain powers of a Civil Court while trying a suit under Code of Civil Procedure.