The Gujarat Technological University has sought Rs 1-crore exam fee from government-run engineering colleges that run degree and diploma courses. The payments are mandatorily to be made to university ahead of any exam schedule.

Astronomers discovered a new active galaxy. That galaxy has been identified as the farthest gamma-ray-emitting galaxy discovered so far.

This active galaxy is called the Narrow-line Sever 1 (NLS1) galaxy and is about 31 billion light-years away. It opens the way for the exploration of more such galaxies that emit gamma rays.

Scientists from ARIES, Autonomous Research Institute, Department of Science and Technology (DST) of the Government of India, in collaboration with researchers from other institutions, studied about 25,000 luminous active galactic nuclei (AGN) through the Sloan Digital Sky Survey (SDSS) and discovered a unique object, The object emits high-energy gamma rays with a high redshift (greater than 1). They identified it as the NLS1 galaxy emitting gamma rays, which is a rare entity in space.

SDSS is the main optical imaging and spectroscopy survey of astronomical objects in operation over the past 20 years. It was founded by the University of Chicago.

Bilateral Collaboration of India and Denmark

India and Denmark work together to cooperate globally through the Atal Innovation Mission (AIM), and work together to address world-class innovative solutions to water challenges and sustainable development goals.

The Atal Innovation Group (under NITI Aayog) and the Danish Embassy in India announced their cooperation.

Under this partnership, the Danish Innovation Center of India will work with AIM to support various current and future plans of AIM, NITI Aayog and its beneficiaries in India, and develop a global innovative green economy partnership that achieves SDG goals.

The purpose of the cooperation is to work together to promote innovation and entrepreneurship among aspiring entrepreneurs.

The partnership will be implemented through the Danish Innovation Center (ICDK) under the auspices of the Danish Embassy.

Government to try out digital farming in 100 villages

The agriculture ministry has selected 100 villages in six states — Uttar Pradesh, Madhya Pradesh, Gujarat, Haryana, Rajasthan and Andhra Pradesh — for pilot projects on digital farming, leveraging the use of technology, data and artificial intelligence (AI) in supporting farmers in multiple activities. It has signed an MoU with Microsoft India to develop farmers’ interface for post-harvest management and distribution.

This project will reduce input costs for farmers and make farming easy. It is proposed to undertake similar pilot projects with other public and private players to create a vibrant digital agro-ecosystem in the country.

Microsoft India has joined its local partner, CropData, to do the pilot projects in 100 villages across 10 districts in six states. Digital technology and data will be used to assist farmers in taking right and cost-effective decisions.

India’s electric mobility sector is on a steady road to recovery, post a lockdown-induced dip in sales. The sector registered nearly 1.35 lakh EVs in FY21, according to CEEW Centre for Energy Finance’s (CEEW-CEF) electric mobility dashboard.

The updated dashboard released on Wednesday highlighted that electric vehicle (EV) registrations formed 0.88 % of all vehicle registrations in the last financial year – the highest share ever achieved. The Indian automobile market has registered over 6.38 lakh EVs since 2011-12.

The mobility dashboard shows that the Faster Adoption and Manufacturing of Electric Vehicles (FAME) in India – II scheme has achieved only 4.25% of its sales targets till now. One major barrier could be that many potential EV buyers are unaware of the financial incentives available to them such as user subsidies and significant exemptions from road tax and registration fees.

The “MANAS” App was introduced by the Principal Scientific Adviser to the Government of India to encourage health among all age groups.

The app was unveiled as part of C-DAC’s 34th anniversary celebrations. 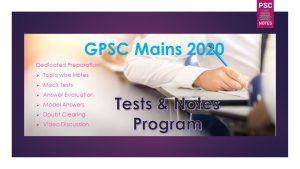