ð   In 15 months time, Survey of India, the country’s principal mapping agency, will map the entire stretch of the Ganga using geographic information system (GIS) technology and provide high-resolution maps to the government.

ð  It will help river cleaning authorities in getting minute details of sewage and effluent discharge outlets and identify pollution hot-spots up to 10 km on both sides of the river.

ð  Since the project will map sewage outlets and other discharges from all units (industrial, commercial and others) from the source to the public drainage network, it will help in monitoring of polluting sources and quicken the process of taking appropriate action. 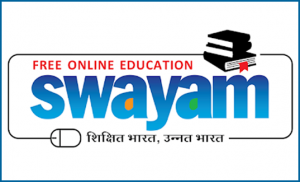 ð  In the first phase, 75 discipline-specific National Resource Centres have been identified which are tasked to prepare online training material with focus on latest developments in the discipline, new & emerging trends, pedagogical improvements and methodologies for transacting revised curriculum.

ð  Under this initiative, all in-service teachers, irrespective of their subject and seniority will have an enabling opportunity to keep abreast of the latest developments in their disciplines through the technology based online refresher course.